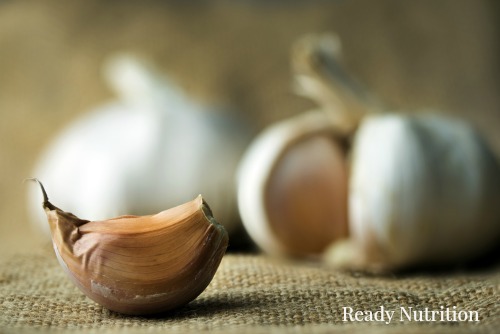 An outbreak of Bubonic plague is occurring in Madagascar and the island of Seychelles off the coast of East Africa.  The plague turns into pneumonic plague as it migrates into the lungs and causes pneumonia and a host of other respiratory problems.  The causative organism of plague is the bacteria Yersinia pestis, and it is transmitted primarily by vectors (in this case fleas) from infected rodents to human beings.  That is the normal route of transmission for the bubonic plague, also known as the Black Death during the Middle Ages, where 1/3 of the population of Europe died.

The thing with this “offshoot” of the plague is that it can be transmitted just by sneezing on someone.  Airborne transmission is occurring, where droplets from the infected individual’s coughs, sneezes, and mucous fluids carry the bacteria and spread it.  If a person sneezes on the wall, and later another person touches that wall with their hand?  Such contact can transmit this pneumonic plague.

We covered some standard pharmacological treatments for this pneumonic plague.  Now we’re going to over some herbal supplements you may wish to stock up on.  Why?  Well, if the plague goes out of control and there’s a shortage of pharmaceutical medications, that is one reason.  Another is that if the S hits the fan, the plague will increase both in severity and in the geographic locale.  It will spread.  The symptoms of pneumonic plague are increased body temperature/fever, weakness, and severe headache, as well as coughing and sneezing.  The symptoms usually manifest within 1 to 6 days from the time the person has been infected.

The best medicine is preventative medicine.

First on the list is Garlic, also known as Allium sativum.  Garlic kills the plague bacteria.

Garlic builds the immune system and destroys free radicals which (if you research the archives) are responsible for oxidation, the process that destroys cells and causes aging.  Allicin is the active ingredient in garlic that is antibacterial, antiviral, and antifungal.  Take it during your day with a meal, in gel cap form.  If you have problems with clotting or post-surgery, consult your doctor first, as garlic tends to diminish clotting and thin the blood.

I wrote about Garlic in previous articles, and it is good for both upper and lower respiratory tract infections.  It goes right into the bloodstream, and as it circulates in the lungs, will travel directly to the source of the infection in the case of this current outbreak.

“Garlic has the broadest spectrum of any antimicrobial substance that we know of – it is antibacterial, antifungal, antiparasitic, antiprotozoan, and antiviral.” – Dr. Tariq Abdullah, August 1987 Issue of Prevention Magazine

For more information on this read up on any of the writings of Dr. Linus Pauling, a researcher who showed just how many ailments from the common cold to severe viral and bacterial infections can be prevented or reversed with Vitamin C.  5,000 to 7,000 mg of Vitamin C is a good guideline to follow with infection.  Don’t worry about the nonsense you may hear on overdosing of this vitamin: it is a water-soluble vitamin, therefore any part of it your body does not need it will excrete through the urine.

Is very important for tissue repair, and it also helps to decrease recovery time in patients recuperating from illnesses and surgeries. Taking Vitamin C concurrently with Vitamin E potentiates the latter’s helpful effects.

Let’s also not forget protein.  I wrote until I was blue in the face on the importance of high protein diets, regarding recovery from exercise and from illness.  I stand by it.  It would behoove you to have a good protein powder for use as a medical adjunct in nursing a family member back to health.  It does not have to be taken in milk and can be mixed with water.

Regarding pneumonic plague, the main phrase to remember with homeopathic aids is palliative-preventative: boost the body’s immune system and strength, and take supportive measures standard with any sickness.  The proper diet, rest, and supportive measures hold true.  The antibiotics mentioned in the first article hold true for your first-line therapy.  The Garlic, Vitamin C, Vitamin E, and Protein can be taken as a regular part of your diet and will function for preventative purposes.  They can be increased if infection should occur, along with rest, a good bowl of chicken soup, and plenty of fluids.  Do not leave out the importance of hydration and electrolytes.  Stay in that good fight, and fight it each day!

How to Stay Cool When Working in the Heat How to Use Lime Essential Oil